The spike in prices of most cryptocurrencies in the last one and a half years has brought about its fair share of god tidings. No one understands this better than those who have made millions from their crypto stashes which they purchased for mere coins back when cryptos were not ‘cool’. These people bet on cryptos before the world realized the massive potential cryptos had and they amassed them in great quantities. Crypto millionaires are a new breed of millionaires who saw their investments shoot from a few thousand dollars to millions in just a few years. Others positioned themselves strategically to offer crucial services whose demand shot up in the last few years such as mining chips and crypto exchanges. They include:

Some of the most renowned figures in the crypto industry, Cameron and Tyler Winklevoss invested in cryptos before many even knew what cryptos were. Having shot into the limelight through their much-publicized lawsuit against Facebook, they allegedly used most of the settlement money to buy cryptos. The twins amassed cryptos in huge volumes and this paid off soon enough after the value of their investment rose incredibly. The two have at one time claimed to own 1% of all the bitcoins in supply, an incredible achievement and one that effectively makes them crypto billionaires.  They have further strengthened their hold on the crypto industry by opening a crypto exchange, Gemini. The exchange, which was opened in 2015, became the first licensed ether exchange in mid-2016 and has continued to be one of the most trusted exchanges in the US, UK and Canada. Chris is a well renowned and beloved figure by the Ripple community. The founder and current executive chairman of Ripple, he also served as CEO for four years before stepping down in November 2016. Chris owns around 5 billion XRP which at the current XRP market price makes him another crypto billionaires. The soft-spoken former CEO of Prosper Marketplace co-founded Ripple with Jed McCaleb in 2012 and under his leadership, Ripple has grown to unprecedented levels with the value of XRP having risen over 30,000% in 2017 alone. With Jed no longer at Ripple and now working at Stellar, Chris is among the most important people in the Ripple ecosystem, and his crypto fortune is proof of that. Silbert is among the people who showed a deep belief in cryptos, and especially Bitcoin from a very infant stage. He was vocal in his support of cryptos and constantly referred to them as the biggest technological breakthrough of our time. He wasn’t wrong and years later, cryptos have become central to many industries and are growing every day. Silbert made huge investments in cryptos from a very early stage, one of the most famous being his purchase of Bitcoins that had been seized by the US government after it closed down Silk Road, a dark web marketplace. That investment alone, which totaled just over $16 million at the time, turned out to be worth more than $600 million after cryptos shot up. He is also the founder and CEO of Digital Currency Group, an investment firm that focuses on the crypto industry which among other things owns Coindesk, a leading crypto website. 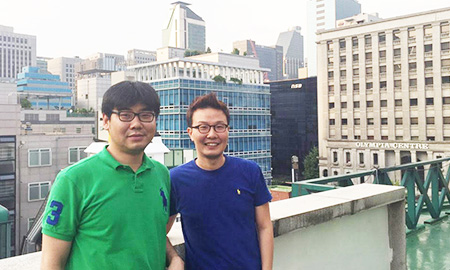 For some crypto millionaires, the rise has taken a few years of patient investing and waiting for the prices to shoot up. For others like Song Chi-Hyung however, all it has taken have been a few months to become one of the richest men in the crypto universe. Song is the founder and CEO of Upbit, South Korea’s biggest crypto exchange and one of the biggest globally. A computer scientist by profession, Song founded Upbit in late 2017 and in just a few months, it had brought to an end the reign of the previous biggest exchange Bithumb. Upbit partnered with Seattle-based Bittrex exchange to offer the most extensive collection of cryptos in South Korea, endearing it to the locals. Upbit now trades an average daily volume of $5 billion, with the volume sometimes hitting $10 billion. This makes Song not only an important figure in the industry but also among the wealthiest in the crypto industry.