To support the #MeToo movement in China, some students turned to bitcoin-based technology to fight government censorship

Gao Yan was a Chinese literature student at Peking University who was killed in 1998 after being raped by her professor. Twenty years after her death, her case became a cry of protest for China’s #MeToo movement, stimulating government demands to do more to prevent sexual violence and harassment. In response, the censors have repressed every online discussion. On 9 April, eight university students asked for official school documents on the case. But even in this case, the reaction of the authorities was heavy. To get around censorship, the students decided to use the blockchain protocol.

#MeToo is the movement against harassment and sexual abuse born of the Harvey Weinstein scandal in Hollywood. According to a study, cited by the Guardian at the beginning of the year, 80% of Chinese women were harassed, but very few complaints. In China #WoYeShi is in the crosshairs of online censorship, which blocks any content considered dangerous and which threatens to threaten social stability 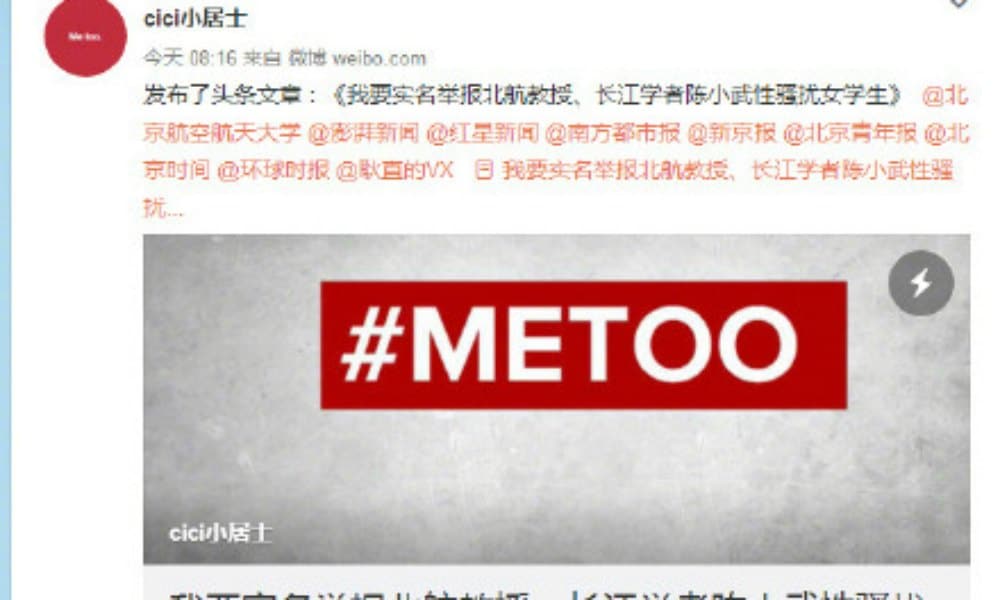 Yue Xin is one of the students who asked for the full publication of the investigation into the case of sexual violence. The accused professor no longer teaches at Beijing University and denied everything, but this did not stop the group of students from asking the school to share information about the case. Yue is one of them and published an open letter online on April 23, explaining that since he and seven other students petitioned school officials on April 9th, he was intimidated by the school, claiming that school officials forced to erase all the information he had on the case, and persuaded his parents to close it at home indefinitely.

In an ethereum transaction

But the letter became viral on WeChat by Tencent and Weibo by Sina, before it was erased. Until the same letter has been secured in a ethereum  transaction and, thanks to the blockchain, the supporters of the cause are assured that it is never canceled or tampered with.